Weekly Word is a weekly post intended to illustrate the meaning and use of a single word. The chosen word will begin with a different letter each week, as Louise (my daughter) and I work our way through the alphabet.

This week’s word begins with the letter P:

1.  Admitting maximum passage of light without diffusion or distortion; reflecting light evenly from all surfaces

2 . Extremely clear in style or meaning; easy to understand

Early 17th century (1610s): from the Latin pellucidus, from perlucere, meaning  ‘shine through’.

As with last week’s word, the Merriam Webster dictionary gives this extra piece of information about the origins of pellucid (including an interesting snippet about the name for the devil):

“Pellucid is formed from Latin per (“through”) plus lucidus—a word meaning “lucid, clear” that ultimately derives from the verb lucēre, meaning “to shine.” Lucēre has many shining relatives in English. Among them are translucent (essentially, “clear enough to allow light to pass through”), elucidate (“to make clear, explain”), lucent (“luminous” or “clear”), and of course lucid itself (which can mean “shining,” “mentally sound,” or “easily understood”). Another related word is Lucifer (a name for the devil that literally means “light-bearer”). Other relatives—such as lackluster (“lacking brightness”) illustrate (originally, “to make bright”), and lustrous (“shining” or “radiant”)—trace from the related Latin verb lustrare (“to brighten”). Clearly, pellucid is just one of a family of brilliant terms.”

1.  The small island appeared deserted as we dropped anchor, and observing the pellucid waters that lapped its golden shores we could only wonder why. Setting up camp here for a few days to do a spot of hunting and fishing, and filling our hold with the island’s fruitful produce, seemed an excellent idea. The appearance of half a dozen canoes full of painted warriors rounding the island and chanting their war cry put paid to our plans. Even thoughts of swimming in the limpid waters could not prevent us from weighing anchor and putting out to sea, fast.

2.  A train passed through the village on its way to the city some ten miles away, the regular clickety-clacking of its wheels on the track momentarily masking the pellucidity of a church bell ringing across the valley.

3.  The new science tutor’s lecture on mitosis and meiosis was not delivered as pellucidly as Janie was used to from the recently retired Professor Roberts and she could make neither head nor tail of her notes. 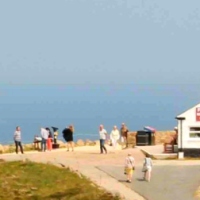 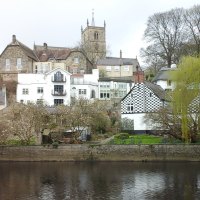