April Fools’ Day, or All Fools’ Day, as it was originally called, is observed throughout the Western world and is generally celebrated by playing pranks on people, sending someone on a ‘fool’s errand’, looking for things that don’t exist or getting them to believe ridiculous things. It has been celebrated for several centuries, although its origins still remain a mystery.

Some historians have linked April Fools’ Day to ancient festivals such as that of Hilaria in Rome, when people would dress up in disguises. It is also thought that the day could have been part of the celebrations of the spring/vernal equinox in the Northern Hemisphere. The reasoning here is that this was a time of the year when Mother Nature fooled people with the unpredictable and variable weather  – something she continues to do in this part of the world!

Then there are historians who believe the custom originated in France in 1582, when the the old, Julian Calendar was replaced by the Gregorian Calendar, as ordered by Pope Gregory XIII. The new calendar involved a shift of the date of New Year’s Day from the end of March to January 1st. People who continued to observe the former, end of March date, were labelled as ‘fools’ and as such, had jokes and hoaxes played on them. One of these hoaxes involved ‘fools’ having paper fish stuck on their backs and being labelled poisson d’ avril (April Fish). The title is said to be the symbol of a young, easily caught fish – and a gullible person.

The tradition continues today in France, as well as other French-speaking areas, including Belgium, the Netherlands, Italy, Switzerland and Canada. 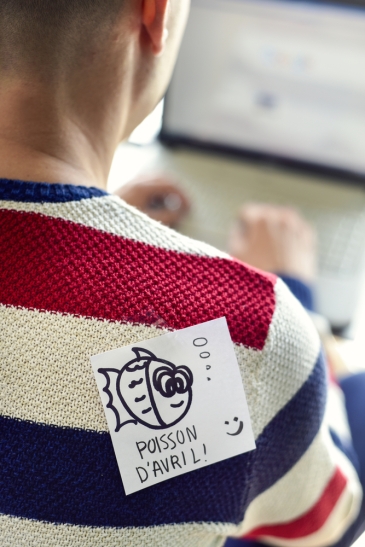 Unfortunately there are problems with the theory that April Fools’ Day started at the time of the change in calendars, the first being that there is no definite historical evidence for it, only conjecture – which seems to have been made relatively recently. Another problem lies in the fact that it doesn’t fit in with the spread of April Fools’ Day in other countries. In England, the Gregorian Calendar wasn’t adopted until 1752, but April Fools’ Day was already well established here by then.

In most parts of the Netherlands, the origin of April Fools’ Day is attributed to the Dutch victory at Brielle in 1572. During this encounter the Spanish Duke Alvarez de Toledo was defeated. The Dutch proverb, Op 1 avril verloor at Brielle translates to On the first of April, Alva lost his glasses. The glassses – or bril in Dutch – serve as a metaphor for Brielle. This date continues to be celebrated every year in the Netherlands with mock battles…

…and a tradition called Kalknacht (Lime Night) in which people use lime chalk to write slogans and draw pictures on windows. Kalknacht stems from the actions of locals who painted chalk on the doors of those who were loyal to the Spanish. Unfortunately, as with the French theory, this story gives no explanation for the celebration of April Fool’s Day in countries elsewhere either.

During the 18th century, April Fools’ Day spread throughout Britain. In Scotland it became known as Huntingowk Day, the celebrations lasting for two days. Gowk is a Scottish word meaning cuckoo, or foolish person. The first day started with running the cuckoo. The prank involved asking someone to deliver a sealed message, supposedly asking for some kind of help. In reality, the message read Dinna laugh, dinna smile. Hunt the gowk another mile. On reading this, the recipient explains he can only help if he contacts another person, and sends the ‘victim’ on with an identical message. And so it continues.

April Fools’ Day jokes and pranks are played on people in many countries today, but I don’t intend to do them all! So I’ll just outline a little about the day in the UK and allow everyone else to have a think about how the day is celebrated (if at all) where you live.

Here in the UK, the earliest association between April 1, pranks and general foolishness, can be found in Chaucer’s Canterbury Tales, written in 1392. Over the years, jokers, jesters and jokesters have  become the images associated with April Fools’ Day.

In modern times, people have gone to extremes to create really elaborate hoaxes (and not just in the UK). Newspapers and the media in general have all taken part in a variety of these. Perhaps the most well-known and outrageous hoax ever pulled in the UK was in 1957 on BBC TV (in the days when all British newsreaders and presenters spoke with a very ‘posh’ accent – which became known as a BBC accent).

This film was shown on Panorama, a current affairs series which was, on this occasion, supposedly showing Swiss farmers picking freshly grown spaghetti. The programme was called the  Swiss Spaghetti Harvest. Following the programme the BBC was inundated with requests as to where spaghetti plants could be bought!

Despite being very popular since the mid-nineteenth century, April Fool’s Day is not a public holiday in the UK. And in the UK and countries whose traditions derive from the UK, the pranks and hoaxes cease at midday. After that time the person attempting to make an April Fool of someone becomes the April Fool him/herself.

Today, there are mixed opinions regarding the practice of April Fool pranks. Some people see them – especially the ones orchestrated by the media – as a terrible duping of the public. April Fools’ Day hoaxes are seen as manipulative, creepy, deceitful and altogether nasty. The adverse effect of the media hoaxes is that “When genuine news is published on April Fools’Day, it is occasionally misinterpreted as a joke”.

Others see the day as being good for the health in that it brings the benefits of laughter, which include stress relief and the reduction of stain on the heart.

And on that positive note, I’ll finish off. 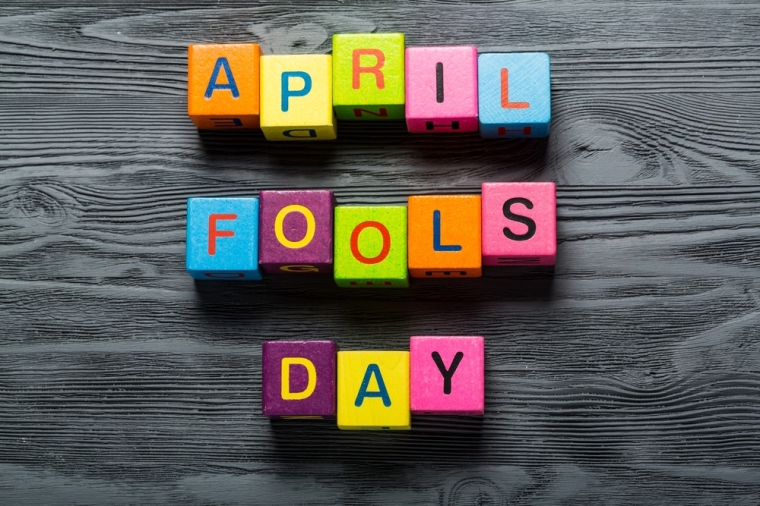 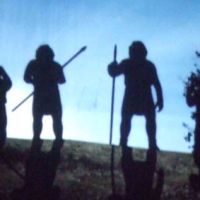