November is the eleventh month of the year in the Julian and Gregorian calendars and the fourth and last month to have 30 days. It was the ninth month of the ancient Roman calendar (when the year started in March) its name deriving from the Latin word ‘novem’ which means nine. In the northern hemisphere, November is the third and last of the autumn months and in the southern hemisphere it is the third and last of the spring months. 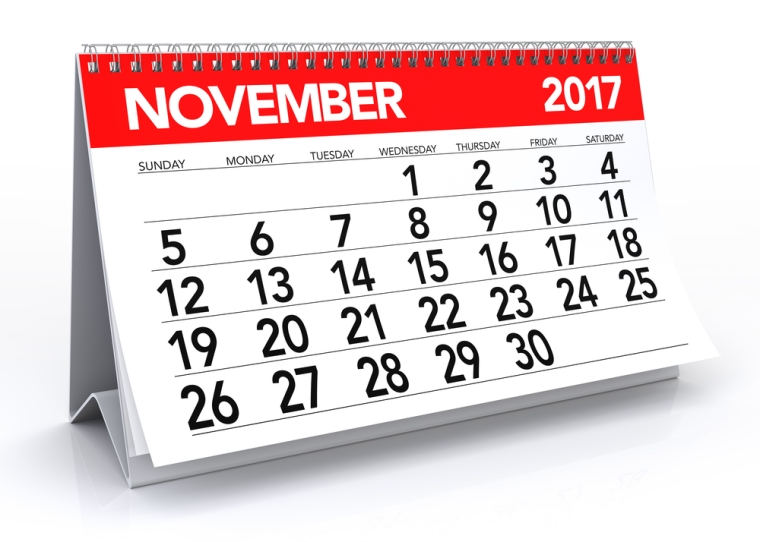 To the Anglo Saxons,  November was Windmonath  meaning Wind Month. Another name they had for it was Blotmonath meaning  ‘Blood or Sacrifice Month’. November was the time of year when many of the livestock were slaughtered and meats were preserved, often by smoking, for use during the winter. Only animals required as breeding stock were herded  into the byres until the spring.

For similar reasons the Dutch called November, Slachtmaand, or Slaughter Month; in Welsh it was Tachwedd, referring to slaughter, or the killing of animals, and in Finland it was called Marraskuu, which means the Month of the Dead.​

In Britain, November is probably the least favourite month of the year. Days have grown short and nights are long, many days are cloudy and grey and the weather is gradually turning colder. Ground frosts become more frequent as the days pass and November can often be very windy, too (hence the Anglo Saxon name). Conversely, some days can be gloriously sunny and seem too mild for November.

These little poems illustrate two sides of November weather. The second one doesn’t make the month sound completely unattractive, as does the first. (Perhaps Thomas Hood was having a bad day when he wrote his. 🙂 )

November comes
And November goes,
With the last red berries
And the first white snows.
With night coming early,
And dawn coming late,
And ice in the bucket
And frost by the gate.
The fires burn
And the kettles sing,
And earth sinks to rest
Until next spring.
~  Elizabeth Coatsworth

The birthstone for November is topaz . . . 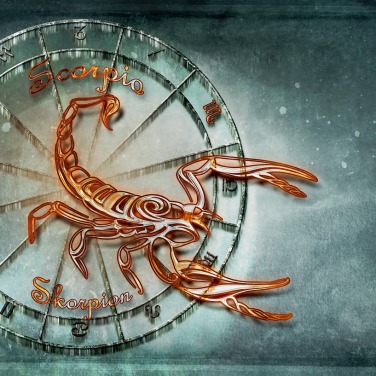 Scorpio is a water sign and is represented by the scorpion

The birth flower for  this month is the chrysanthemum:

These are just a few of the many famous  people who were born in November:

4. Grace Darling (full name Grace Horsley Darling) was born on 24 November 1815 in Bamburgh, Northumberland. Grace was a lighthouse keeper’s daughter who, on September 7 1838, risked her life when she and her father rowed out for a mile in the height of a storm to rescue nine mariners ship-wrecked on a rock and take them back to shore. The story is now legendary.

8. Irish author Jonathan Swift, author of  Gulliver’s Travels, was also born on November 30, but in 1667:

And these are some of the special dates remembered in November:

A post about events celebrated in Britain in November would not be complete without a mention of Guy Fawkes’ Night, or Bonfire Night. I don’t intend to go into what the Gunpowder Plot was all about here, having written posts about it in previous years. The first, in 2014, was A Penny for the Guy, which was a simple post, mostly about the ways in which celebrations of Bonfire Night have changed over the years, particularly since I was a child. The second, in 2015 was titled, Remember, Remember…  This one did outline what the Gunpowder Plot was about and basically, what happened to the thirteen plotters, including Guy (or Guido) Fawkes. Besides, I’m sure many people  will have watched the recent three part dramatization of the story on TV.  But here are a few illustrations from those posts anyway: 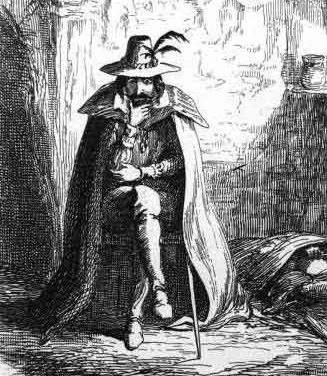 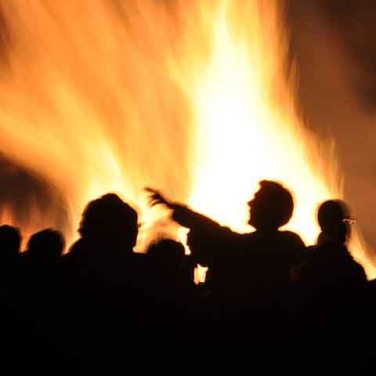 Detail from a contemporary engraving of the Gunpowder Plotters. The Dutch artist probably never actually saw or met any of the conspirators, Source: National Portrait Gallery. Wikimedia Commons 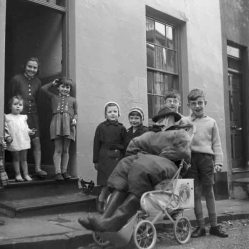 ‘Rockets’ shown over the Houses Of Paliamnent

In years gone by there were many dates celebrated in November which are mostly overlooked or gone altogether nowadays. Some of these included All Saints’ Day on November 1, when people remembered the saints, outstanding Christians, many of whom were martyrs who had given their lives for their faith.

All Souls Day on November 2 was when people remembered all those who had died. Families would take flowers to the graves of deceased  family members and had their names read out in church.

Another saint’s day was Martinmas Day on November 11. This was a time for celebrations, feasts and hiring fairs at which labourers would seek new posts. Farmers traditionally provided a cake and ale feast for the workers, the cakes being made with seeds and whole grains and called Hopper Cakes. Nowadays, and since 1918, November 11 has been celebrated as Armistice Day  Or Poppy Day) and all remnants of Martinmas Day have gone. On Armistice Day, people remember all the soldiers who died during two World Wars and all other wars:

In the USA, the celebration of Thanksgiving is held on the fourth Thursday of November and has been held every year since 1783. I’ll  give only an over-simplified summary here, as I’m sure there will be lots of posts about it already out there.

The first Thanksgiving was celebrated by the Pilgrims/Pilgrim Fathers after their first harvest in the New World. The Pilgrims were people who had fled from the unsettled and dangerous environments in England and Holland to find a place to live where they could worship as they chose without being persecuted for it. In 1620 they set sail aboard The Mayflower and eventually reached Cape Cod in New England.

Today, Thanksgiving is a time for being with family and loved ones and remembering all the things in life to be thankful for. Family meals and general ‘get-togethers’ are a big part of the festivities.

And here are a few more random facts and dates about November:

This post has already grown much longer than I had intended, so I’ll ignore all the interesting facts on my list and finish with a few photos taken on a lovely sunny day last week at the RHS Garden at Harlow Carr, near Harrogate, Yorkshire. (RHS = Royal Horticultural Society). 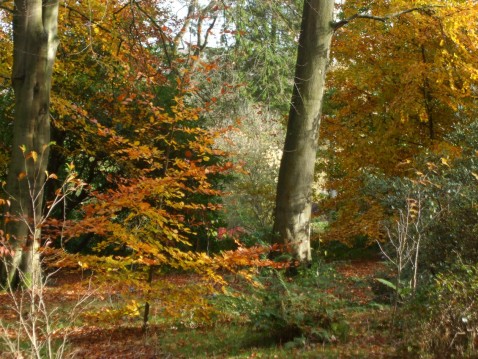 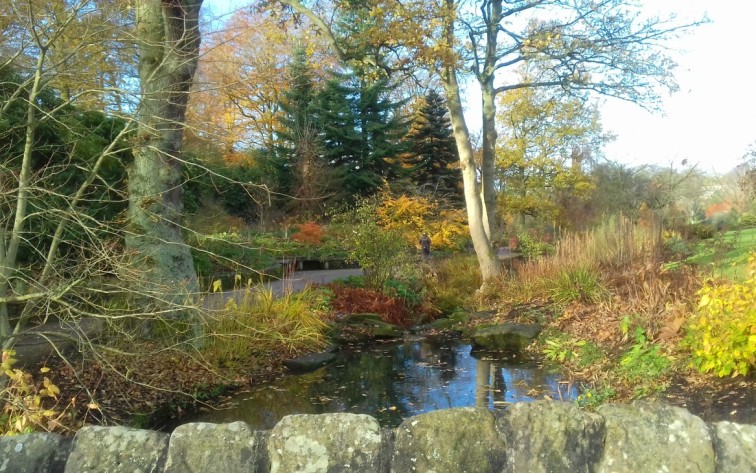 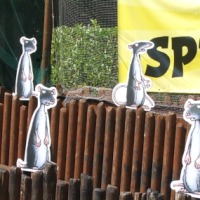 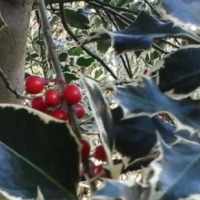 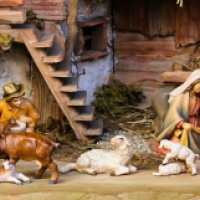 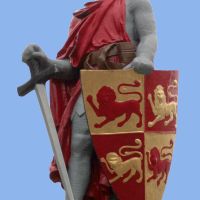 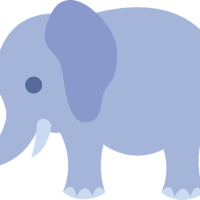