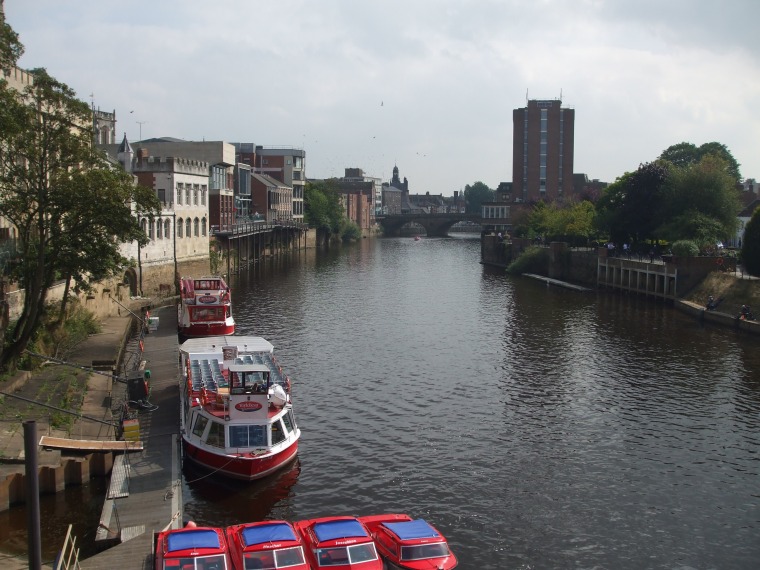 Last Tuesday, my husband and I had a trip out to the wonderful old city of York. We’re regular visitors to the city itself, which is roughly eighty miles from where we live, but on this occasion our main purpose was to  revisit the Jorvik Viking Centre. We hadn’t been to Jorvik since the early 1990’s and the whole place has been considerably updated since then, although the basic layout of the Viking streets was much as I remembered it.

York itself is a magnet for tourists from many parts of the world. Cameras are out wherever you go in the central areas, aiming to capture as many of the beautiful or quaint old buildings as possible. Others aim for more specific periods of history, because York is one of those places that display a veritable journey through time.

To quote from Wikipedia:

‘The history of York as a city dates to the beginning of the first millennium AD but archaeological evidence for the presence of people in the region of York date back much further to between 8000 and 7000 BC.’

In the first century AD, the town was called Eboracum, and was one of the major Roman cities – their ‘capital’ in the North of Britain. Prior to that, the region belonged to Celtic tribes, the most well know of which were the Brigantes. There’s abundant evidence for the Roman occupation around the city, from the town walls and gates . . .

. . . to columns and plaques signifying what once stood on particular sites, as well as umpteen artefacts in The Yorkshire Museum.

Following Roman withdrawal from Britain, the whole country was left open to raiders from across the sea – notably at this period, those we call the Anglo Saxons. The map shows areas on the Continent from which some of these peoples came:

It was the Angles who mainly settled in Northumbria, the Saxons being much further south. The Angles called the city, Eorforwic (in some texts Eorferwic). The favoured building material of the Anglo-Saxons was wood, which, unfortunately for archaeologists and historians, does not endure through the centuries. So, little remains of Anglo-Saxon York other than general artefacts, like this 8th century helmet found on Coppergate, which also happens to be the the main street in Viking York.

The Vikings (mostly Danes) first subjugated York in 866, a year after the arrival of what we call the ‘Great Heathen Army’ in East Anglia 865. Danish settlement in the area would doubtless have taken place gradually, but by the time of the establishment of the Danelaw (following a treaty between Alfred the Great  and the Danish leader, Guthrum, in 886) the Anglo-Saxon name of Eorforwic had become the Danish name, Jorvik.

Here are some illustrations  and artefacts from the Jorvik Viking Centre website. As in most museums, flash photography is forbidden (which meant that our camera was banned) so if photos are wanted, visitors need to remember to carry something with a built-in flash. The marketing manager, Mr. Paul Whiting, very kindly suggested I use the photos from their website. Here’s the link -Jorvik for anyone who’d like to have a look for themselves:

The Jorvik holds several events over the year, which cover the whole period of Viking York up to the time of the Norman Invasion in 1066. After that date the tale of Medieval York begins – for which there is boundless evidence all over the city . . . And so on through to more recent times. The ‘veritable journey through time’ to which I referred earlier can be seen through the strata meticulously displayed in the Jorvik Centre.

York has been like a honey-pot to settlers since ancient times. The River Ouse, which flows through the city and out to the North Sea, would have provided a natural route inland for settlers and raiders alike.

The river’s confluence with the smaller River Foss provided the requisite natural defences for the early city, and the surrounding fertile and flat land was ideal for crops.

Since my Sons of Kings trilogy is set in the mid-late 9th century, it’s the Anglo-Saxon and Viking evidence that presently draws me to York. But I also love all things Roman and medieval. After the end of the Wars of the Roses in 1487 my interest tends to wane, but it sparks right back up again with the onset of the Victorian period and the First World War.

But right now, I’m even dreaming of Anglo-Saxons and ‘Vikings’ – and King Alfred’s almighty struggle to keep his kingdom . . .