This is my third and last post about Warwick Castle in Warwickshire UK, which we visited in August 2015. This time I’d like to show some photos of the event we actually went to Warwick to see: the joust. 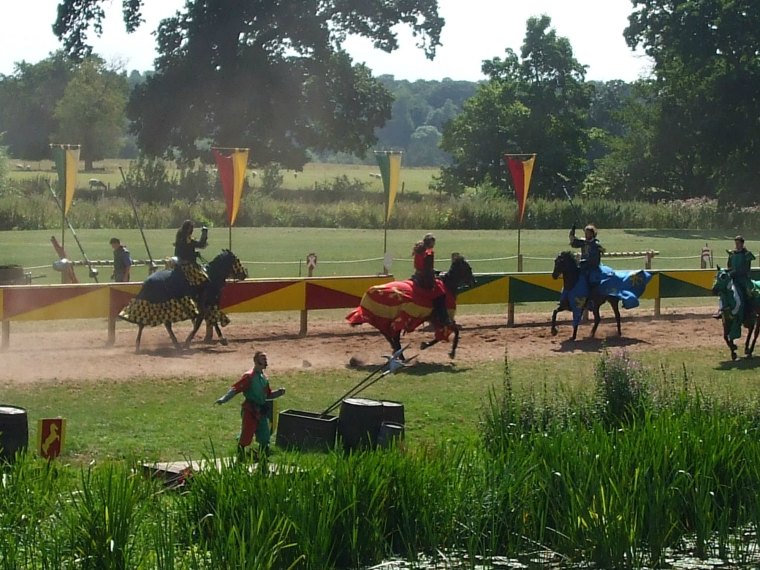 The joust is one of the seasonal attractions at Warwick Castle, the others being demonstrations of the trebuchet (pronounced treb-you-shay) in action, birds of prey shows and many others. Events do change from year to year, and not all are held in the summer holidays. During other school holidays, like half-term and Easter, several events are put on, especially ones for children (or ‘little warriors’). This year (2017) in both May and September, there will be ‘The Wars of the Roses Live’, which I’d like to try to get to! There’s also a Kingmakers Medieval Banquet in February. Here’s a link to the officials Castle Events Guide for this year.

All  spectators were seated on the grass at the opposite side of the river, which is a fair way back from the action, and as none of us apart from Louise had a decent zoom on our cameras, I’m afraid the photos aren’t too wonderful. Nor did it help that people kept bobbing up in front of us, but as most of them were children, they’re forgiven. It was a fun event, made even better by the lovely sunny weather (which has to have an obligatory mention for any outdoor event in Britain!) – not to mention the handsome and chivalrous knights, who kindly made themselves available for interacting with spectators afterwards.

Here are a few more photos: 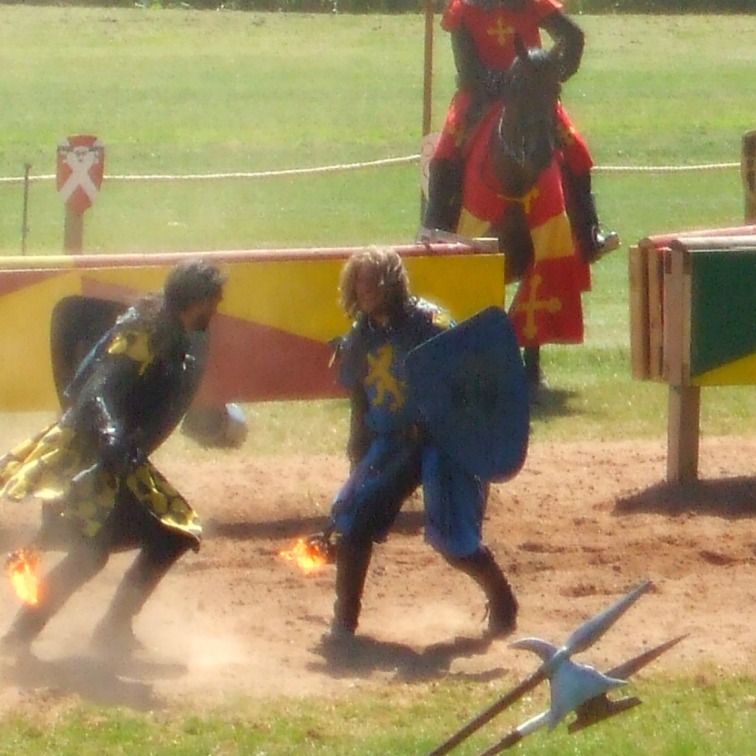 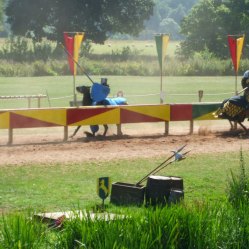 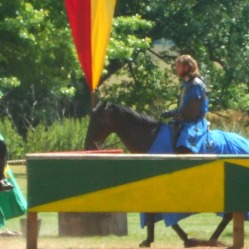 And a little head bobbed up.

Around the castle site a number of medieval siege weapons can be seen, the main ones being the trebuchet and the mangonel. The Warwick trebuchet is the biggest in the world Both of these siege engines were used for hurling a variety of projectiles/objects over castle walls as part of the attack – including rocks, burning missiles (fireballs), disease-infected carcasses of slaughtered animals,  and even the heads of slain enemies. Here are a couple of photos of each:

These weapons deserve more time than I can give them here to describe and talk about. But on some days, the main event at Warwick is a demonstration of how the trebuchet works, so to finish with, here’s a 2 minute video from YouTube of one demonstration. It was uploaded by Bob Astill in 2011:

That’s all about Warwick Castle for now.