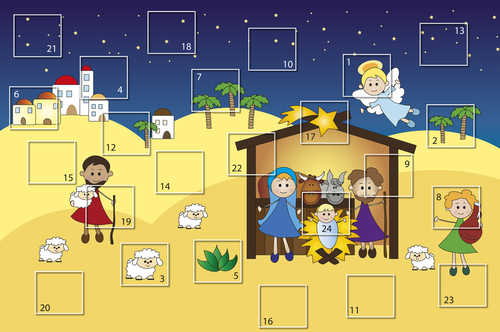 In December of last year, I did several posts about different Christmas traditions in the U.K., plus one about the Lincoln Christmas market, which will be here again from next Thursday, December 3rd until the Sunday. So I decided to have a look at a couple of traditions I didn’t write about last year. And considering that Advent starts today, Sunday, I’ve put together some information about what Advent means and some of the traditions associated with it.

Advent starts four weeks before Christmas, beginning on November 30th (St. Andrew’s Day) or the Sunday closest to it. This year it begins on November 29th. The day marks the start of the Christian year and the beginning of the Christmas season for many people in the U.K. Some people even decorate their homes this early, although most leave the household decorating until a week or two before Christmas Eve. In towns and cities, however, Christmas lights and a large Christmas tree in a central place, like a market square, generally appear during the first week of Advent. The huge tree in Trafalgar Square in London is a yearly gift from Norway, in thanks for Britain’s support during the Second World War.

The word Advent comes from the Latin word ‘adventus’, which means ‘arrival’ or ‘coming’ – referring to the birth of Jesus Christ as well as the time that he will come again. The origin of Advent preparations for Christmas is unknown, although it certainly existed by the year 480. It was also introduced by the Council of Tours (in France) in 567 as an order to make the monks fast throughout December until Christmas. Some people believe that Advent goes back as far as the time of the Twelve Apostles; others say it was founded by St. Peter. All in all, it is impossible to say exactly when it began.

Several traditions are followed during Advent – other than decorating homes and towns and sending Christmas cards and so on.  I think everyone is familiar with Advent calendars, as the one in my first picture above. What child doesn’t like to open one of the little doors each day from December 1-24, to see what’s behind?  Some calendars have little Christmassy pictures behind the doors – some showing the Nativity, or having a poem or part of a story relating to it. Others have pictures of teddy bears, Christmas trees, bells, candles, robins, snowmen etc. – anything connected to the season and Christmas celebrations. Nowadays, many Advent calendars simply contain small chocolates.

Styles vary from pieces of card to wooden structures and models that can be used each year.  Advent calendars were first used by German Lutherians in the 19th and 20th centuries, but have since been used by many Christian denominations. Here are some pictures showing different styles:

Homemade Advent calendar made from wood in the shape of a Christnmas tree. Author: Tin ‘Avatar’ Bartel (made for his girlfriend). Creative Commons,

Christian churches take on a different look during Advent. Instead of the usual flowers that decorate many churches throughout the year, an Advent Wreath (sometimes called an Advent Crown) will be placed inside the church:

These wreaths are made of evergreens, like holly and ivy or some kind of conifer, formed into a circle – which represents God, i.e. no beginning and no end. The ‘evergreen’ itself is a reminder that God does not change, holly also being a reminder of the crown of thorns placed on Christ’s head at his crucifixion. Four candles are set around the circle, plus one in the centre. The candles can be of any colour, the central one generally a different colour to the others. Sometimes, four red and one white candle are used, red being the Christmas colour.

Unlit candles represent darkness. One of the outer candles is lit on the first Sunday of Advent, that one plus another on the second Sunday and so on until all four are lit on the fourth Sunday. On that day, the central candle is also lit, representing Christ as the light of the world.  The other four candles also have meanings and prayers on each of the four Sundays focus on those themes. They are Peace, Hope, Love and Joy.

Also, in Western Christianity during Advent, the usual liturgical colour is either violet / purple or blue. This colour is often used for hangings around the church, the clerical garments and, in some Christian denominations, often the tabernacle.

A Christingle is used in many Christian churches in the U.K. during Advent. It is a symbolic object, its name meaning ‘Christ Light’, and is used to celebrate Jesus Christ as the ‘Light of the World’. The tradition was unknown in England before 1968 – so they weren’t a feature of my childhood Christmases.

The various parts of a Christingle represent different things. The round orange itself represents the world and the candle represents Jesus as the light of the world. The red ribbon (Christian faith) goes all the way round the world, its colour being a reminder that Christ died. The four cocktail sticks have two meanings: the four corners of the world or the four seasons. And lastly, the sweets (or dried fruits are sometimes used) are a  reminder of God’s gifts to the world, including love and kindness. (The small circle of aluminium foil at the base of the candle is purely for collecting drops of hot wax.)

Christingles have now been part of Advent celebrations in the U.K. for 47 years. It was John Pensom of The Children’s Society who introduced it to the Church of England in 1968. He adapted the form we see today from the original idea used by Bishop Johannes de Watteville in Marienborn, Germany in 1747. The bishop wanted to find a way to explain to children the happiness that comes through believing in Jesus. In his children’s service, he gave each child a lighted candle wrapped in a red ribbon whilst he said the prayer, ‘Lord Jesus, kindle a flame in these children’s hearts that theirs like thine become’.

There are other traditions associated with Advent, including the singing of Christmas carols such as O Come O Come Emmanuel and Lo, he comes with clouds descending, at church services. There are also some old ‘folk traditions’, both in the U.K. and other European countries that I could talk about, but I’ll not go into all of those here. I’ll just mention the most familiar one in Britain, which dates back to the Middle Ages. The custom was for poor women to carry around the Advent images: two dolls dressed as the Virgin Mary and Jesus. Anyone to whom these dolls were shown was expected to give a halfpenny (ha’penny). It was believed that bad luck would strike any household not visited by these ‘doll bearers’ before Christmas Eve. Not a pleasant thought to carry with you into the New year . . .

The Children’s Society (re. the introduction of the Christingle into England) 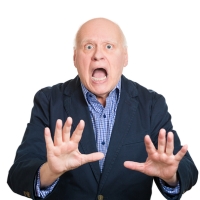 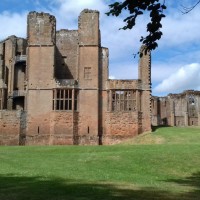 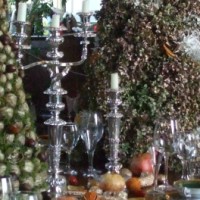 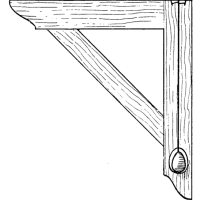