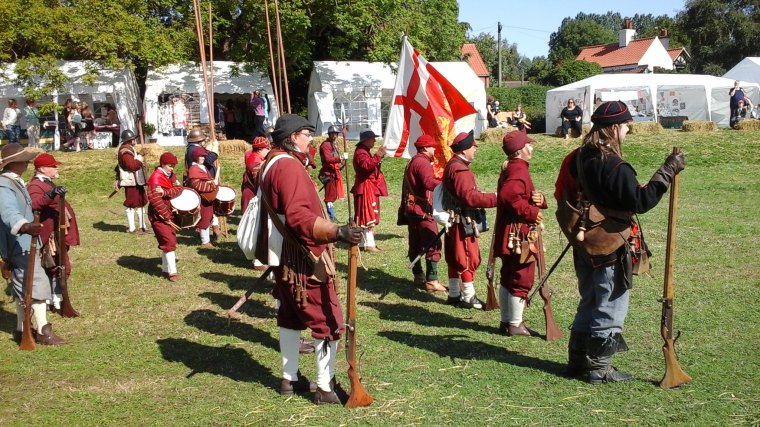 Last Sunday, September 6th, we drove eight miles out to the village of Sutton-on-Trent, where the locals were putting on their village festival.  But this was a village show with a difference, because it was visited by a regiment of the Sealed Knot.

The Sealed Knot is the oldest re-enactment society in the UK and the single biggest re-enactment society in Europe. It aims to honour those who died in the many battles of the English Civil War (1642-49) and to educate people about those battles and the life of people during that period. Events are staged throughout the country all year. The name, The Sealed Knot, comes from that of a secret association that aimed to have the monarchy restored during the Interregnum/Commonwealth – the period between 1653 and 1659, when the country was governed by a Lord Protector, Oliver Cromwell. The present society, however, has no political affiliation.

Their events vary in size: a major battle lasts for two or three days, and can see thousands of combatants taking to the field. On this occasion The Sealed Knot did not come to stage a battle. It was a fairly small group, visiting only to demonstrate a few weapon skills and battle formations. They did have their 17th century muskets and pikes, but no cannons this time. Some photos later…

The show was held on Saturday and Sunday and both days were well attended. A variety of stalls and exhibits were arranged around the outer edge of a village field, including local produce, farm machinery and vintage cars and motor cycles. There were also several refreshment stalls. 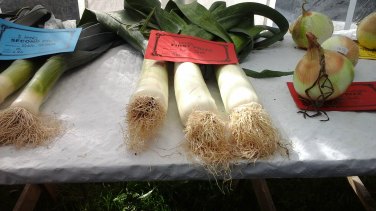 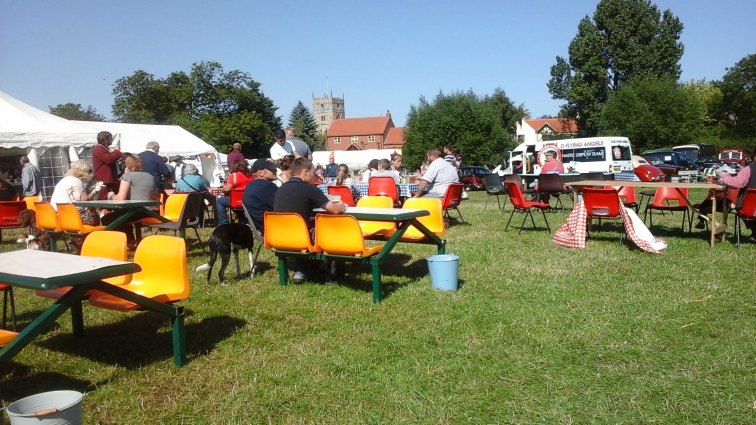 In the central area, known as ‘The Hollow’ (because it’s a step down from the outer edge) displays were put on at various intervals by The Sealed Knot, Dako’s Flying Angels (a group of gymnastic lads) and the Whitwell Brass Band. There was also someone doing keep-fit with younger children and others hosting a doughnut eating competition. On Saturday, there had been a dog show. The threshing machine, standing right at back of the field was also demonstrated: 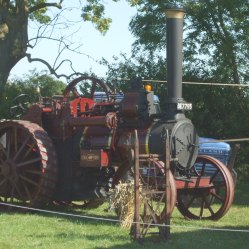 In another corner of the L-shaped field, was the small encampment of The Sealed Knot: 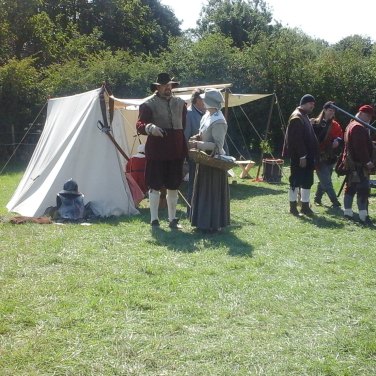 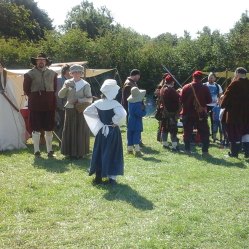 The Sealed Knot displayed their skills twice during the day. Here are a few photos: 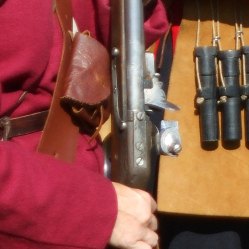 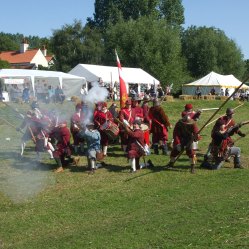 And to finish with, here are a few photos of the many vintage cars and motorbikes exhibited:

All in all we had a really fun and interesting time. It was sunny and warm, and the ice creams we had really made my day!

79 thoughts on “The Sealed Knot At The Village Show”